Drawing back the curtains

Adventure Girl finds a way to let in the light

Sometimes it feels like I’m sitting alone in the dark — wherever I happen to be — and that no matter how many different ways I try to get to the light, the curtains remain shut. I can be sitting in a crowded room, in an open plan office, at a café, a gig, at the dinner table, surrounded by strangers, colleagues, loved ones, but feel isolated, trapped inside my own world, my own mind, with nothing but my own dark thoughts and the thickness of my emotions choking me. It can stay that way for days, weeks, sometimes months. 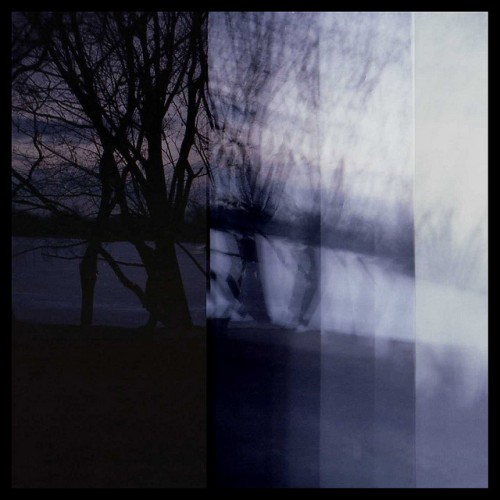 Usually it happens when something, often a few things, knock at the core of my self-confidence, my self-worth. When I’m in the grip of it, I stop being able to take pleasure in simple things. I withdraw, unable to concentrate. I become teary and preoccupied.

At one time, these bouts lasted and lasted. I would try to deny them, filling my life with distractions. But when the distractions ran out — and they always do — I was left alone with my thoughts, unable to avoid the bleak and the gloom. Whatever had caused the darkness insisted on being seen and known and wouldn’t let up until I recognised and owned it.

It has only been in the past year, after a long and difficult struggle, that I have been able to finally accept these dark periods. They are something I no longer run from, but have learned to manage. I may have to disappear for a few days, cancel social engagements, work from home, and do whatever I can to give myself time and space to process. Instead of trying to force the curtains open, which seems to draw them tighter, I have learned to let them go, to allow the tears, and take the time to ask myself why they have been drawn in the first place, and what I need to give myself to be able to open them again and let in the light.

Meanwhile I do things I know will make me feel good. Not distracting things, but rejuvenating ones: eating well, exercising, feeling the sun on my skin, cleaning, organising, cuddling my cats, reading, or writing — always writing. As long as I do these things, take the time, and give myself what I need, I know that eventually I will be able to draw back the curtains and not just see, but feel the light once again.

Recently, the darkness settled not for days, but weeks. It came upon the tail end of my cancer treatment. For weeks I had been house-bound, oft-times bed-ridden, lacking energy, motivation and concentration. Socialising was limited to those who came to visit, and only when I had enough energy; work was something I flitted in and out of whenever I was able. I couldn’t wash properly, or wear nice clothes; I was putting on weight and feeling frumpy. My once-fit body had been sliced open, radiated, and swollen to monstrous proportions. Although I had stayed active during my treatment, walking each day, doing yoga and Pilates, I lacked any kind of vigour. What if I could never run again? What if my comfort eating left its residue of pudge around my middle forever?

I knew I was being hard on myself, that it was only temporary, and a couple of times I almost managed to pull myself back up. Each time I was plummeted down again. I began to fear I would be trapped, that I didn’t know who I was anymore, and that I had no place to return to. With this prolonged cloud came acute anxiety and intense pain, the kind I last felt at the hands of my abuser. The kind that makes me lash out at those I love like a wounded dog. The kind that makes me hurt myself.

Probably it was there from the beginning of my diagnosis, but because I was focused on getting treatment, on recovering, on just getting through each day, I ignored it. Nothing else about me had changed. Yet things that normally wouldn’t bother me did. I felt vulnerable and needy, and by the time my treatment came to an end, I felt empty and worthless and bored in my own company.

I knew I should be feeling relieved. Treatment was over.  The curtains should be peeling back of their own accord. The problem was, when they did peel back, I was still surrounded by dark. Things that had been part of my identity were no longer there. The body I had taken pride in had betrayed me. I worried that I had lost my independence and also my sense of adventure, and that without adventures to report on, I had nothing of interest to share. I was struggling to participate in conversations around me and began to feel jealous of the attention given to my adventurous and sexy friends. Worse, in the wonderful intimacy and closeness I had grown with my partner, wearing my daggy clothes and flannel pyjamas, I felt the seeds of Married Sex being planted. I had become what I swore I would never again be: insecure.

Before my treatment I had come so far. For the better part of a year I had felt strong, happy, confident and secure. I no longer felt dependent on others for my self-worth. I was able to choose who to spend my time with without feeling guilty. I had learned to select my friends without worrying that I wouldn’t have enough. I valued my close friends and knew that they valued me. I had begun to sit contentedly on the sidelines without pushing myself to the centre, needing to be seen and heard in order to feel valued. I had stopped comparing myself to others, being content being me: no better or worse, but different.

I had to find a way to get those feelings back.

At first I thought I needed to get out and about and threw myself into a social frenzy, chasing sexcapades in order to feel desired and interesting, thirsty for the attention it would doubtless bring. I wanted to look good and feel sexy, and be seen as such. I grasped at flimsy writing opportunities and looked achingly to the future when I could leap back into study and kick off a new career.

Instead I found myself in social situations feeling awkward and unwanted, worrying that I had nothing to offer, that I had said and done everything wrong. I teed up sexcapades only to back out in a flood of guilt, knowing how much it would hurt my partner. Meanwhile, my partner met someone he was interested in — something I encouraged him to do before the diagnosis — and I felt threatened and jealous. I had a set-back on my path to study: my documents were rejected and I faced more administrative hurdles, while my writing prospect began to seem less like an opportunity and more like exploitation. At my day job, my absence and unreliability during treatment left me feeling unneeded and invisible.

It seemed there was nothing I could grab on to that would bring any kind of light.

I grew desperate, the pain acute. I hated who I was becoming, but I also knew this didn’t have to be me. I had been a person I liked; I could be that person again. The big S was looming, but I wouldn’t let it take hold.

I reached out to my friends, asked them to throw me a lifeline, anything they could think of that would help me crawl out. They pointed to my partner, to my course, to my career, but these things seemed flimsy and unsure. This was external validation. What I did, or had, not who I was.

And then I knew what I had to do.

I sat myself down (literally) and pulled each external element apart. I imagined losing everything: my partner, my job, my plans for study, my writing opportunity and my potential lovers. Without them, I could see that I was still the same person.

My most acute fear was of losing my partner. What we have is so incredibly special: irreplaceable. But I realised that if I had met him at a different point in my life, we could not have had the tremendous relationship we have now, because I was not who I now am.

If everything fell to pieces, if everything I had was taken away, I would still be okay. Without them, I would be valuable, lovable and capable. It’s not about my face or my body or my career or my partner, or anything that is outside of me, and I certainly don’t need someone else to see those things in me when I can see them in myself. I will always be able to stand up, dust myself off, draw back those curtains, and start again. I’ve done it before and it made me stronger. Knowing that, I was finally able to step out into the light.

Aims to push boundaries and step outside her comfort zone. This is where she posts her reflections and discoveries.
View all posts by Adventure Girl →
This entry was posted in reflections and tagged depression, insecurity, self-confidence, self-esteem, suicide. Bookmark the permalink.