Adventure Girl learns the true cost of being afraid 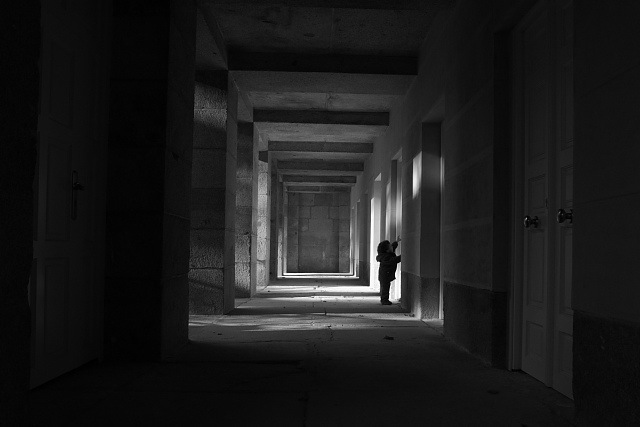 My father was an intimidating man who ruled by fear. Asking for help meant causing trouble, but not asking and messing things up was far worse. From this I learnt that unless I was certain I could get something right (or that I could quietly correct what went wrong), it was safer not to try.

Meanwhile my mother taught me and my sisters not to attempt things that might be dangerous, not to venture too far, and to always walk the same way so she could find us if we strayed. Perhaps she feared losing control of us in case she, too, incurred my father’s ire.

In my mid-thirties I find I am still afraid to explore, to step outside the limits of what I know, and strike a new path. What if I mess up? What if I get into trouble? If I get lost, who will find me?

At times my fear is crippling. I struggle to make big decisions, such as what career to pursue, in what part of the world to live, even what kind of person to be. With no path carved out for me, I don’t know how to get there, or if I’ll be any good once I do. What if I make a mistake?

In my day-to-day, when faced with a new task or challenge, instead of accepting it is okay not to know how to do something, that making the occasional blunder is perfectly all right, I shrink into a knotted ball of anxiety.

The only thing greater than my fear of messing up, is my fear of missing a deadline. While in my anxious ball, I procrastinate, avoiding the task itself, instead searching for an answer, hoping it will click in my brain and I won’t have to ask for help. Eventually I am cornered, forced to start or miss my deadline, with no time to second guess whether I might make a mistake, or to worry about the quality of what I produce.

For the most part I manage to work things out, but the time in between is excruciating. I feel like a failure, a fraud, and a fool.

My feelings of inadequacy are compounded when I encounter people for whom life, tasks, and choices, are simple. What could I possibly find so hard? An attitude, a demeanour, a phrase, can send me back into the mind of seven-year-old me. Lost, frightened and dismissed as stupid or bothersome. I feel as though I can’t ask for help, that I need to work it out on my own, and if I make a mistake I am certain to bring down some cataclysmic eruption. People will know I am a fake and see the useless little girl I hide beneath.

People tell me this is ridiculous. To them I appear strong, intelligent and capable. They don’t see what goes on inside my head, the things I won’t even try.

From the outside, I appear to have a home, a partner, a successful career, but it is not a path I would have chosen.

Growing up I wanted to be a writer, but writing was not a safe career, so my passion was relegated to a hobby. If I am honest, this was with some relief. I never had to put my ability to the test.

My next choice was to become a teacher, to be immersed in learning, and teaching English and Literature, I could continue to write. But when my then boyfriend sat me down and said, ‘You’re too emotional, the kids will walk all over you,’ I knew he was right. The hidden child-me could never face a room full of adolescents. Academia was just as daunting, more so because there was no clear path to follow.

In the end I enrolled in science. I saw a world of ideas and theories and hoped to combine what I learned with writing to make science more accessible. But the leap from high school to university was too great. Stuffed into giant lecture theatres, I was surrounded by strangers who all seemed to know what was going on, while I floundered, and the three-hour practicals were like taking twice-weekly exams of what I do worst: using my hands, not my words.

I didn’t want to cause trouble and I had nowhere to turn. I was too afraid to ask for help, to admit I was lost. For the first time in my life I tried something I expected to do well at and failed.

My self-perception plummeted. I didn’t know how to pull myself out, to re-frame my less-than-perfect outcome and learn from it, so I switched paths altogether.

Out of university I took the first grown-up job that came my way, unrelated to my studies, or any of my interests, but it was safe and it paid the bills. For years I didn’t write, didn’t learn, I just worked, climbing the ladder that was in front of me because it was there and because I needed to feel like I was achieving something. I was completely hollow inside.

From there I side-stepped into a job more suited to my abilities, where I could actually use my analytical brain, but it was not the path I would have chosen. Eventually I enrolled in professional writing and finished a Masters alongside my day job, one slow subject at a time.

For eight or nine years now, I have studied alongside my work, stealing snatches of time around the edges of my life to write, to pursue my true interests, to try to work out what I want to do and how to get there. I try to also maintain my fitness, my social life, and my various obligations, yet I always feel the pull of what I’m not getting done.

It has been a long time since I simply took a stroll, meandering just to see what there is to see, without feeling guilty, or the urgency of my eternal to-do list. I lust for the time to simply read a book, to not feel rushed and pressured to get the next task done. Yet fear keeps me clinging to the familiar path while I try to chip away at something new.

Last year I finally allowed myself to entertain an entirely new career, the study of sexuality, relationships and human behaviour. I have always wanted to understand why we do the things we do, how we relate to one another and how this impacts on our sexuality. I knew that leaping, rather than stepping, off my familiar path, was the only real way to prevent me clinging to safety, so I had planned to resign my job, move interstate, enrol in this new discipline and establish a whole other career.

At the time it felt liberating. I was following a path that I had actively chosen. But then my partner wasn’t able to take the leap with me, at least, not when I needed to. A job offer fell through, and the course I had enrolled in turned out to be another source of anxious unknown. Not a distinct path to a concrete career, but specialist knowledge to build upon a career foundation that I don’t have, and one that will take years of study to acquire. I just don’t have the resources or the energy left in me.

So here I am in my home town, still at the same job, taking one subject at a time, and trying to slowly and painstakingly carve a new path alongside the one I fell into. I am exhausted.

I wonder how different my life would be if I had been encouraged to explore, to cross boundaries, to exceed limits. If I was allowed to take things apart, just to see how they worked inside, with no fear of reprisal if they couldn’t be pieced back together. If asking for help had been rewarded, rather than punished and being less than perfect had been okay. Instead I feel trapped inside my own life, by its security, by my fear of taking a new path and making a mistake.

Possibly the only thing more terrifying than taking the leap is what will happen if I don’t. Am I using my procrastination tactic once more, but with my entire life? Will the pressure build and build until I have no choice but to take the leap and scrounge for a new path?

I can see the warped logic, but it is flawed. I know myself better than that. Left to free-fall I am likely to take the nearest and safest path, the one that is most familiar, not the one I truly want to follow.

And that’s the real toll of this fear. Not the turmoil, the tears, the sleepless nights, the sheer exhaustion and terror of getting something wrong. It’s the opportunities I miss. The paths I don’t take. The life I have been too afraid to live, and the person I have been too frightened to embrace.

Aims to push boundaries and step outside her comfort zone. This is where she posts her reflections and discoveries.
View all posts by Adventure Girl →
This entry was posted in reflections, social commentary and tagged career, failure, fear, life choices. Bookmark the permalink.

2 Responses to My fear